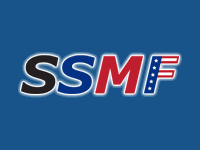 “The Governor proposes the transfer of fund management, investment responsibility and associated operational costs to the American Legion, the legal administrator of the fund and the nation’s largest wartime veterans’ service organization. This transfer will provide the American Legion with more flexibility and control, it will increase the efficiency of state operations by reducing redundant activity and it will streamline state resources by reducing the number of state appropriated funds.”

The American Legion will organize administration of the Fund through a charitable non-profit corporation, to be known as “The American Legion Foundation of Connecticut, Inc.” which will be organized, administered, and governed in accordance with applicable law and regulation, so as to ensure the continuation of the fulfillment of the charitable mission of the Soldiers, Sailors and Marines Fund.

The Department Commander appointed an Ad Hoc Committee on Transition of the Soldiers, Sailors and Marines Fund, chaired by the Department Treasurer, and including, the Assistant Treasurer, the National Executive Committeeman, the Judge Advocate, the Adjutant.  This committee is charged with “taking all necessary and prudent action to effectuate the transition of the state agency, such as planning, organization, coordination, liaison, contracting, financing, delegating, as well as such other action as may be necessary to bring this motion to full effect”.

The Soldiers, Sailors and Marines Fund, established in 1919 provides needy wartime veterans and their families with temporary assistance and these benefits have been responsibly administered for 94 years by The American Legion, the legal administrator of the fund.

This entry was posted in News. Bookmark the permalink.